The BBC have produced a TV series from China Miéville’s novel The City and The City, in which a murder is committed across two intersecting/intertwined cities. 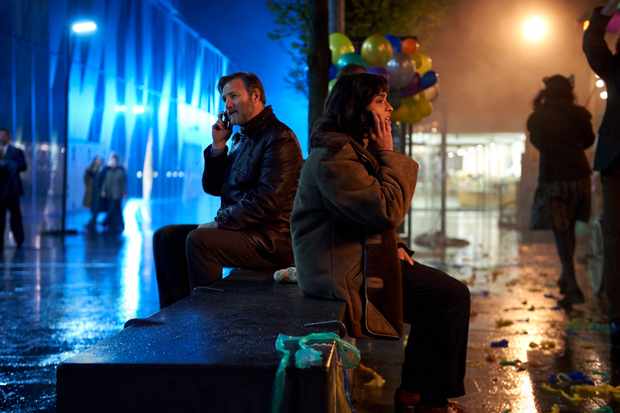 The City And The City TV series was scripted by Tony Grisoni and directed by Tom Shankland: China Miéville served as consultant. Bringing Miéville’s setting to the screen presented the challenge of showing two distinct worlds co-existing, and to let the viewer share its inhabitants’ point of view. This was achieved by differentiating the cities through architecture, clothing and décor, and by colour and lighting. In Besźel, a “1970’s Istanbul look”, coloured with soft yellows and browns is used, while Ul Qoma has modern skyscrapers, and bright red with blue or blue-white dominate.

The series runs to four episodes of around 70 minutes.