SF stories are often structured around the premise “If X is possible, then Y is required and Z may occur”. Our guest speaker for the June meeting would like to discuss this premise and how it applies in two anime: Stein’s Gate and Cowboy Bebop. 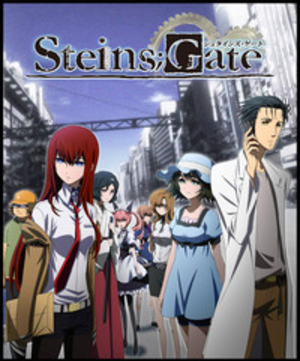 Steins;Gate takes place in the Akihabara district of Tokyo. On July 28, 2010, Rintarō Okabe and his friend Mayuri Shiina head towards the Radio Kaikan building for a conference, where Rintarō finds a girl named Kurisu Makise lying in a pool of blood.
When Rintarō sends a text message about the incident to his friend, Itaru “Daru” Hashida, he experiences a strange phenomenon and the people around him disappear, but no-one else notices anything had changed.
After later running into Kurisu —  strangely alive and well — he discovers the message he sent to Itaru arrived a week before he sent it.
Rintarō deduces that the ‘Mobile Microwave’ he and his friends had been developing is, in fact, a time machine capable of sending text messages to the past…

Cowboy Bebop: In 2071, roughly fifty years after an accident with a hyperspace gateway made the Earth almost uninhabitable, humanity has colonized most of the rocky planets and moons of the Solar System.

Amid a rising crime rate, the Inter Solar System Police (ISSP) set up a legalized contract system, in which registered bounty hunters (also referred to as “Cowboys”) chase criminals and bring them in alive in return for a reward.[2] The series’ protagonists are bounty hunters working from the spaceship Bebop.

The original crew are Spike Spiegel, an exiled former hitman of the criminal Red Dragon Syndicate, and his partner Jet Black, a former ISSP officer. They are later joined by Faye Valentine, an amnesiac con artist; Edward Wong, an eccentric girl skilled in hacking; and Ein, a genetically-engineered Pembroke Welsh Corgi with human-like intelligence.