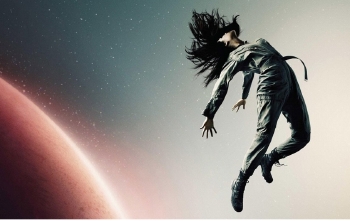 The Expanse is an American space opera/mystery science fiction drama television series on Syfy, based on the series of novels by James S. A. Corey [ collaborators Daniel Abraham and Ty Franck]. Set in a future where humanity has colonized the Solar System, but doesn’t have FTL spaceships, it follows police detective Miller, ship’s officer Jim Holden and his crew as they unravel a conspiracy that threatens peace across the System and the survival of humanity. The series premiered on streaming services on November 23, 2015, and on Syfy on December 14, 2015.

It’s a familiar setup: Earth has colonised Mars and the asteroids are mined for water and metals. There’s tension between the governments, and a potential revolution brewing.

The TV series looks fantastic, with an interesting Belter patois suggesting the separate development in the different environments. The story is dense, but apparently follows the source material closely.
looks like serious SF on TV again! 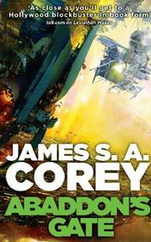